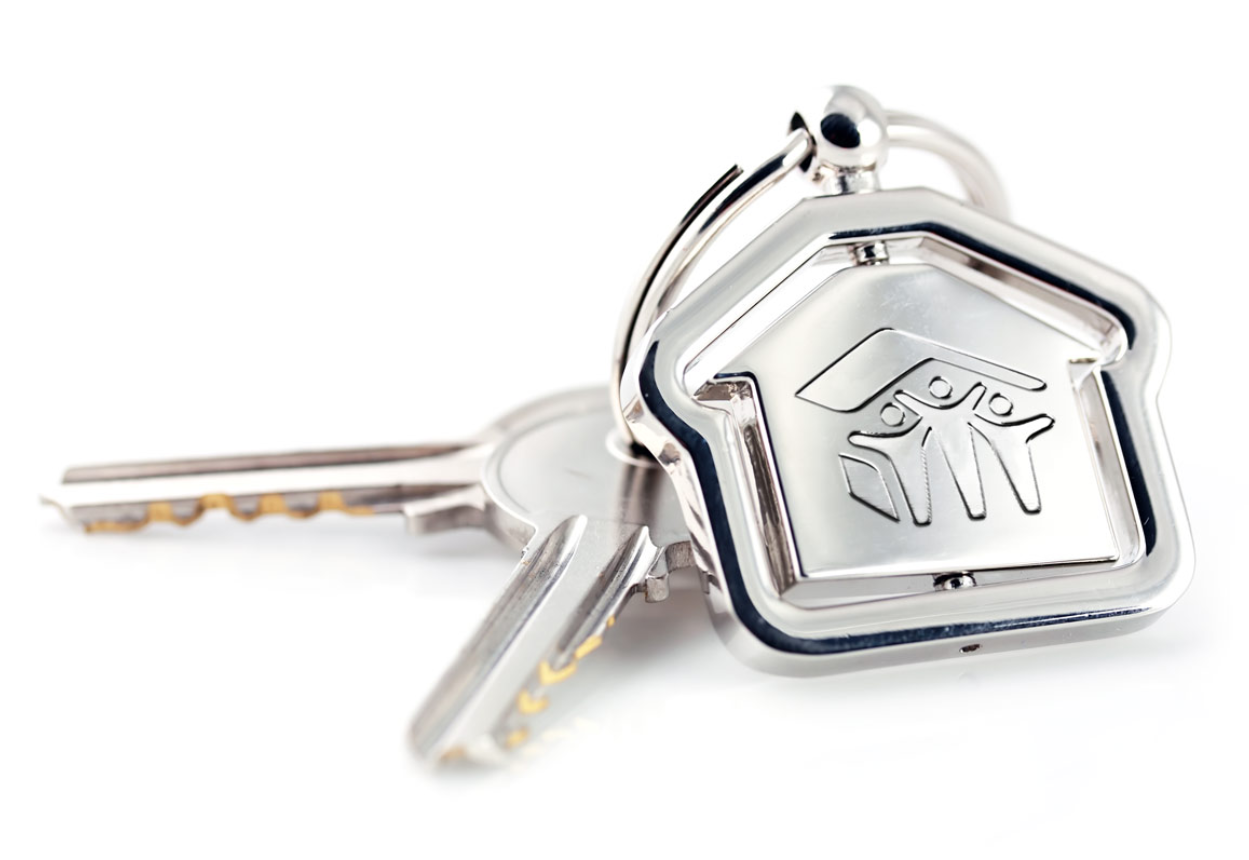 Homeownership is the key to empowering families to build brighter futures.

It is the critical foundation that families need to find a path to stability and self-reliance.

When a family has a safe, affordable place to call home, bigger things begin to happen — families frequently improve their health, educational attainment, safety, and prosperity. With a little help, Habitat homeowners are empowered to build a better future for themselves and their families for generations to come.

Why does homeownership matter in San Diego?

Friendly people, good jobs and schools, cultural opportunity, and fabulous weather are just a few of the elements that make San Diego special. But for many, living here is a challenge.

Housing that is affordable for a family earning 80% or less of the area median income in San Diego
(about $92,400 for a family of four):

an apartment renting for $1,300/month

as defined by:
The U.S. Department of Housing and Urban Development (HUD)

There are very few, if any, opportunities for affordable homeownership
in our region.

Too many families are forced to live in substandard conditions such as overcrowding, ignored maintenance requests by landlords, and myriad health and safety issues. Children end up sleeping in the living room with their siblings because their parents can’t afford a larger space. Drafty trailers and apartments are very expensive to keep warm. Children are often forced to switch schools several times a year because their rent increases beyond their parents’ paychecks, and they must move. Without stable housing, families are in a constant state of crisis.

Academic research and surveys point to the conclusion that owning a home enhances quality of life in a variety of specific, verifiable ways.

Homeownership has long been recognized as a major social determinant of health. Poor ventilation, air pollution, and exposure to lead and mold are just some of the obvious ways that substandard housing can negatively impact health.

But the financial impact of housing can have ill-effects as well. According to the Corporation for Enterprise Development, cost-burdened households may prioritize housing bills over healthcare and nutrition, and are likelier to be living in unsafe conditions. They are also more likely to suffer from depression, prolonged periods of stress, hypertension, and heart disease.

A national survey of Habitat homeowners found that 74 percent said their families’ overall health had improved since moving into their home.

Children of homeowners are significantly more likely to stay in school until age 17 than children of renters, especially in low-income households, according to study in the Journal of Urban Economics.

Children in homeowning families outperform children in renting families in both math and reading achievement tests, according to a study by an Ohio State University economist.

The graduation rate for children of homeowners is 19 percent higher than for renters, and they are twice as likely to acquire some post-secondary education, according to a study in a journal published by the Federal Reserve Bank of New York.

A survey of U.S. Habitat homeowners by the University of Southern Indiana found that 57 percent of adults in the households were furthering their education.

Homeownership status can reduce a household’s incidence of crime. Homeowners have significantly less risk of being subject to violence at home.

84 percent of U.S. Habitat homeowners responded in a survey conducted by the University of Southern Indiana that they felt safe in their neighborhoods.

According to a survey of more than 400 Habitat homeowners, 53 percent said they are more financially stable since moving into their Habitat home; two-thirds are more confident about their ability to fund their children’s college education; and almost 40 percent said they pay less in housing costs. Use of government assistance also declined notably.

We’ve been building homes, communities, and hope for 35 years in San Diego County.

Angelina fled domestic violence, lived in a shelter, and then rented a small apartment for many years. She never thought she would be able to own a home, so being able to help build and buy her condominium in Carlsbad in 2010 was an amazing dream come true. Her hard work and bravery has been an inspiration to many, including her teenage son, Omar, who is now attending college.

Jason and Nichole purchased their home in Oceanside in 2011, after they helped build it in five days during one of Habitat’s Home Builders Blitz events. Coming from a cramped two-bedroom apartment where their son was sleeping on a rollaway bed that he unfolded every night, their biggest happiness was to finally have a home they could afford that accommodated them and their three children. And being able to remain in San Diego, where all of their family resides, was a huge relief.

Alberto and his wife Maria have three children and purchased their single family home in National City. Before they bought a home through Habitat, they were living in a garage. It was cold and drafty and the family was longing for something stable. Alberto is a hardworking man, but with the high cost of housing, owning a home seemed completely out of reach. Now they are thriving in their three-bedroom home.

Want to help make an impact?

Your gift makes a lasting difference in the lives of local families.

Raise your voice in support of affordable housing solutions. 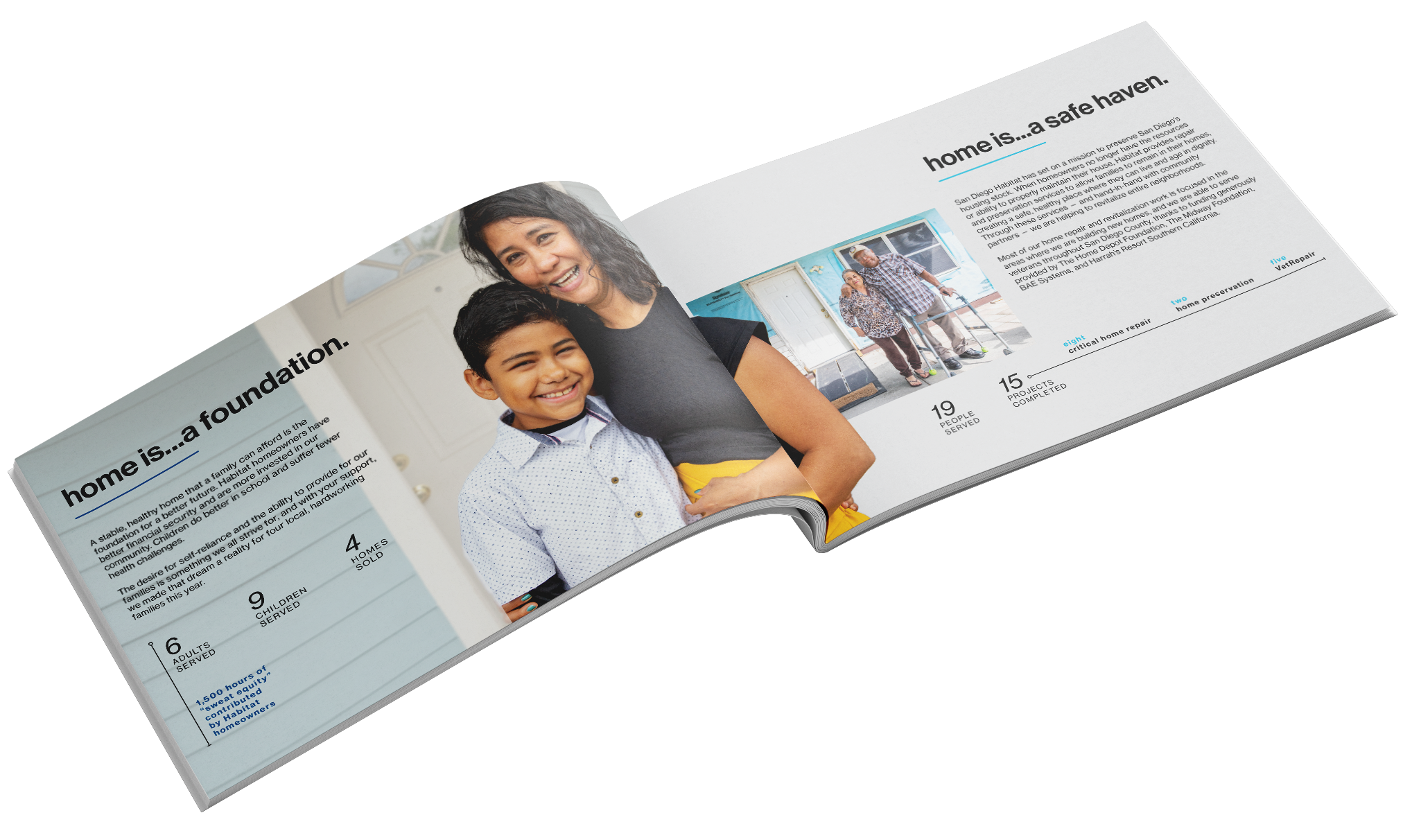